Is imagination more important than knowledge?

Albert Einstein certainly thought so. He said: “I’m enough of an artist to draw freely on my imagination, which I think is more important than knowledge. Knowledge is limited. Imagination encircles the world.”

I have looked at imagination at work in life and it never ceases to amaze me. When I see my children share the knowledge they have learned I encourage and applaud with pride but when I see their imagination shine through I really stand back in awe… it is theirs, it is unique and it is truly amazing!

So yes, I do believe imagination is more important than knowledge, but I also think that if you combine both you are really tapping into life’s power. What does science have to say about it?

Imagination is creativity in action. It can be using our brain and our senses to create an image within our mind. Imagination draws on our experiences and knowledge of the world around us and combines them with the complete unknown to make something new.
It allows us to explore beyond the constraints of our environment and our reality, into a world of dreams, where creativity and invention are at their strongest.

How does it work?

Science has long held that the complex nature of imagination must involve more than one area of the brain. The idea and the proof have been hard to amalgamate but recent studies using advancements in the monitoring of complex neural interactions within the brain provide new evidence for this theory. The findings from this study suggest that imagination uses a large portion of the human brain, creating an interconnecting network of activity across many different areas. Imagination really does light up our brains!

Is imagination unique to humans?

It would appear that imagination (at least in its complete form) is a uniquely human experience. It has allowed us to modify and develop our surroundings and to create and invent new ideas, new structures, new technologies. Imagination also allows us the very human emotion of empathy as we can literally imagine another person’s life experience without ever having actually experienced any of it.
In the words of JK Rowling… “Imagination is not only the uniquely human capacity to envision that which is not, and, therefore, the foundation of all invention and innovation. In its arguably most transformative and revelatory capacity, it is the power that enables us to empathise with humans whose experiences we have never shared.”

The evolution of imagination

Our early ancestors, the hominids, showed basic levels of imagination in their tool making abilities, cooperative hunting skills and social interaction and colonisation. It would appear that their level of imagination was limited, though, perhaps with respect to their brain size and their compartmentalised thinking.
As modern humans evolved, scientists have reported an increase in brain size, advances in technical skills and creativity, and a development in social complexities. Farming, sophisticated tool making, complex language development, the performance of rituals and the development of art and crafting all required a complex development of thought and mental interaction… Imagination!

A more developed neural network within the brain, connecting the different areas of brain function, must have had some part to play in all this. The majority of these changes evolved between 500,000 and 200,000 years ago, to the eventual emergence of the modern human.

The importance of imagination in development

As a parent this is the part that I am most interested in. What part does imagination play in my children’s development?

Science has shown that imagination stimulates brain function and activity. It literally expands the mind as it encourages connections between so many areas within the brain.
Both neurologists and psychologists agree that play in early childhood is necessary for children to develop at a normal rate and to reach their full potential.

Imagination and play have been shown to increase brain development and growth in children. At a neurological level imagination can increase the number of neural connections within the brain, linking different regions. These links need repeated stimulation and activation to be maintained.

Imagination is an activity that used the whole brain rather than isolated, individual sections. Use of the whole brain in this way increases a child’s problem solving abilities, emotional development and social interactions.

Early childhood (between the ages of three and six) is usually when children are most actively involved in their imagination. Through pretend play children create their own imaginary world, allowing them to develop and learn from the new experiences they explore.

When children start school there is often a shift in how they play, moving towards games with more social interaction and rules. These games still engage the children in creative play, often with a more cognitive imaginative thought process.

Imagination is a vital learning tool within the classroom. Children will learn and remember more powerfully when imagination is included. Imagination will create more neural links within the brain, engage more regions within the mind and it will bring the subject to life!

This holds true for all subjects not just the ones we consider more creative. I have always loved maths, for example, and I remember from a young age that each number took on a personality for me. This probably increased my enjoyment of the subject and certainly would have increased my memory and ability.

As children grow it is important therefore that their imagination is constantly stimulated and encouraged. As they enter their teenage years imagination will allow better social interaction and social awareness as it encourages a better sensitivity to the needs and feelings of those around us.

Imagination can also decrease stress levels as it encourages problem solving and the possibility of positive outcomes and solutions.

A powerful imagination is a wonderful skill to have and a very important one to nurture throughout all stages of life. To really reach our full potential I believe imagination and play should be as important in our daily lives as love, nutrition and health.

How can we encourage imagination within our children?

We all have imagination within us, that is what makes us human. We do not need to instil it within our children but perhaps we can encourage and assist what is already there. Starting from a young age we can encourage pretend play, imaginative fantasies and the belief in some things unknown.

An imaginary friend can be encouraged rather than feared. Dress up clothes are a great facility for a child’s imagination. There are many simple toys that can assist a child in a wonderful make believe world. It is also a wonderful reinforcement for children to see their parents actively involved in the imaginary worlds that they create. 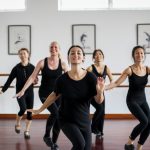 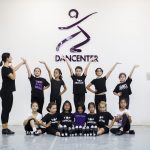